Minimizing the impact of unconscious bias in your workplace

This is a guest post by Marcie Hawranik is the President and Founder of Canadian Equality Consulting. As an expert in gender equity, GBA+, diversity and inclusion, she brings insight in how an organization can build a healthier and happier workplace by engaging the entire workforce.

When a company decides to invest in a diversity and inclusion initiative, who do you think is tasked with getting the ball rolling? As founder and president of Canadian Equality Consulting, I’ve noticed that, more often than not, the work is handled by either a woman or a man from a traditionally disadvantaged group.

The way that administrative work is more often delegated to women than men is just one example of how unconscious bias can undermine women in the workplace. Why does this happen? How do biases become so ingrained in us that we don’t notice how they guide our actions?

The answer, it turns out, is that’s how our brains are wired. We’re receiving millions of pieces of information at any given time, and our brains have found efficient, yet faulty, ways of quickly processing that information. Research has shown that people form their judgments of others within the first tenth of a second of meeting them – and that impression doesn’t change much over time.1 In this instantaneous introduction, we’re quickly categorizing people based on their age, weight, gender and other factors, and we’re often making unconscious judgments that lead to automatic actions with negative consequences.

Even though harboring subtle biases is natural, that doesn’t let us off the hook. Before we dive into the ways in which anyone can self-correct their unconscious biases, let’s take a look at a few more examples of how damaging unconscious biases can be.

#Metoo becoming “not you”

The #metoo era has been inspiring and empowering for so many women across industries. Unfortunately, a minority of men have responded to the new landscape in the wrong way. I have heard first-hand from professionals who say that some male executives now refuse to mentor women, don’t invite them to team dinners or drinks, and routinely exclude them from business trips. In some cases, these actions might be unconscious – and misguided – defensive responses to the #metoo movement. In many cases, these male executives are well behaved at work and would not be at risk at all but their fear has resulted in further marginalizing women in the workplace. Unconscious or not, these biases and their resulting actions are incredibly damaging to women and their careers.

I have seen women overlooked or refused advancement opportunities when they are pregnant (or even when they are not pregnant but in the “child-rearing age”). This critical career setback can occur because, as a result of unconscious bias, the boss believes they either don’t or shouldn’t want new career opportunities with children in their near future. But not every woman plans on being the primary caregiver of their children. Rather than having an open discussion about the woman’s future, the boss relies on ingrained biases to make the decision for her.

All of these examples and experiences are typically exacerbated for Indigenous women, women of colour, and women with disabilities.

Do some of these examples sound familiar? If so, I have good news: There are steps you can take to identify and minimize the effect that unconscious biases have on your actions.

If you haven’t already taken it, I highly recommend completing the Harvard Implicit Association Test. There are two different gender tests you can take, as well as many more tests that can help you explore other unconscious biases you might harbor. Try not to be hard on yourself if you find evidence of bias within yourself. Remember that it’s very common, and you’re taking it upon yourself to be a part of the solution.

With some of your blind spots now in view, try to remain cognizant of these biases in your daily life.

Whenever you make a judgment or a new assumption about a person, get into the habit of reflecting on your thoughts and feelings. Ask yourself: What am I thinking about this person? What is the evidence for that thought? If there is no evidence, consider the possibility that the thought is founded on an unconscious bias. Then, seek evidence (e.g., asking questions, seek colleague input, do research) before forming your judgment.

Become an ally and build a network of allies

Knowing that others are aware of unconscious bias and are looking to improve the situation for everyone can make a world of difference. Make yourself available to colleagues, friends and family members who are interested in minimizing the effects of unconscious bias. Become an ally to others that are less advantaged than you (those that are in traditionally disadvantaged or underrepresented populations). I truly believe that a way we can make our workplaces healthier and happier is through active and empathetic allyship. This will equip us to transform our workplaces to better work for women in all their diversity and for everyone.

Bias awareness takes an open mind, practice and allyship. I hope these examples of unconscious bias in action and the steps you can take to minimize its negative impact will inspire you to play a positive role in a future without bias.

Marcie Hawranik is the President and Founder of Canadian Equality Consulting. She is the recipient of the 2018 Alberta Premier’s Award of Excellence for her work to advance gender equality in Alberta. In 2019 she was recognized as a SHE Innovator by UN Women. She is an internationally recognized gender expert with a B.A. Hons. in Political Studies and a Master’s degree in International Relations focused on negotiation and conflict resolution. Her areas of expertise include gender equity, GBA+, diversity and inclusion, conflict resolution, public relations and communications, leadership development, stakeholder engagement, policy, program and strategy design, development and implementation. 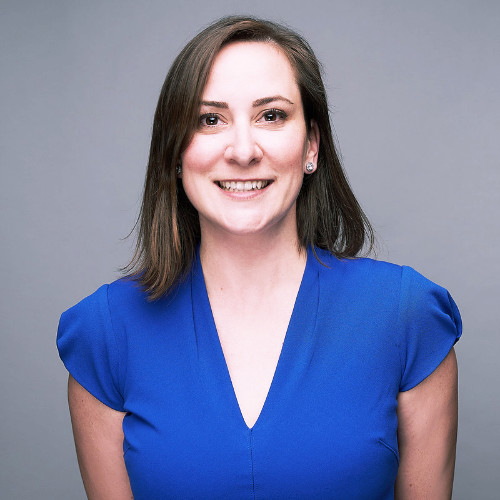 2 champions have added this to their playbook

Become a Champion
Was this article helpful?

2 champions have added this to their playbook

Become a Champion
Was this article helpful?

If you can't find something that you're looking for, or like to submit your own resource, reach out.